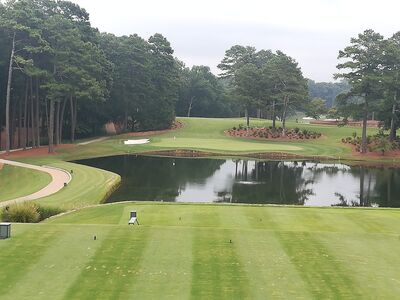 On the 26th July we departed for Atlanta with eight Juniors from the Wessex area to play in the 17th match between Atlanta and Wessex, this was the 25th anniversary of the first match played in Atlanta in August 1993.

The Colonial Cup was started after a chat between two friends Ron Dawson (Ferndown Golf Club) and Ted Debreceni (Cherokee Country Club) and successfully continued on a three year cycle, the English juniors that went to Atlanta this year will host the American
juniors next year, this is followed by a year off before the next batch of juniors hopefully will visit Atlanta in 2021.

Unfortunately Ron Dawson who not only started the Cup but has been a major sponsor died on the 29th July while the boys were playing in America. We hope that this will not mean the end of the Cup which has been a great opportunity for lads from the local area to experience golf and hospitality in the USA. Members of Ferndown Golf Club have helped sponsor the trips over the last few years and we hope that with this continued support the matches will continue.

The boys who played this year made up one of the youngest sides to compete for the Trophy being on average two years younger than their American opponents, our juniors handicaps ranged from 1 to 6 whereas the Americans were from plus 3 to 1; as the matches are played off scratch we were obviously up against it!

The competition started on Saturday at Cherokee with 4BBB matches on the South Course which we lost 3 1/2 to 1/2. On the Sunday the boys played singles at the Standard Club in Atlanta and lost 6-2 with four of the matches going to the 17th.

Monday saw the next round of 4BBB matches played at the fantastic Ainsley at Settindown Creek Course ours boys at one stage seemed to be on course for a win but tired and eventually went down 3-1. The day ended with us having to take the boys off the course twice because of electrical activity. Then on Tuesday we were back to Cherokee's North Course. As the Colonial Cup had already been lost we decided that the boys would play Greensomes and be allowed buggies (they had carried in humid conditions with temperatures in the low 30's) very tiring. They played in handicap order (but again off scratch) again after some very close matches our boys lost 3 1/2 to 1/2.

Wednesday we had planned to play the Neil Pike Memorial Trophy at the Farm GC another very exclusive Club about 60 miles away but because of continued rain we had to abandon this and decided to try to play on the North Course in the moderate rain, unfortunately before the boys had played nine a cloud burst washed out play for the day. With rain continuing through the night and Thursday we had to abandon the Neil Pike trophy for this year. The Trophy is a 4BBB stroke play competition where the Wessex boys play with their American host and is usually a great way to finish the trip but unfortunately will have to be held over to next year.

Regardless of the soggy end and the result the boys had a great experience and made friends that will last for years to come.

The team this year;

Jake Moore at 14 one of the youngest members of the team was involved in winning 2 of our 4 points a commendable effort.

We look forward to the return match next year and hopefully an improvement in our fortune. For the record the series results to date are Wessex 11, Atlanta 5 and one halved. 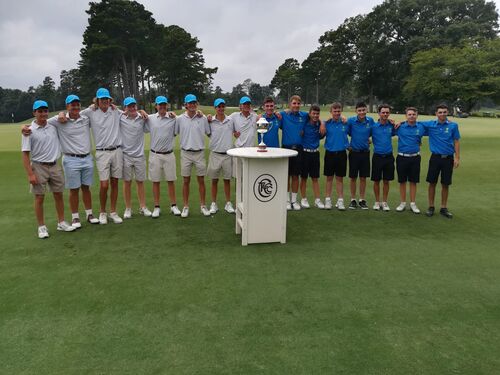 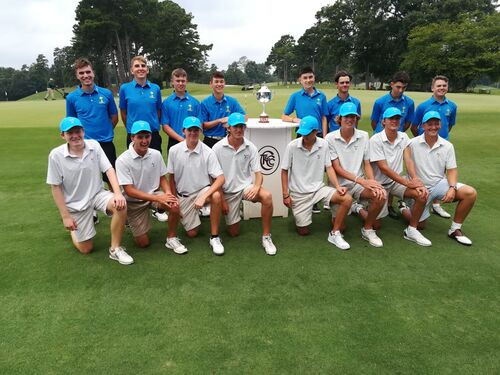