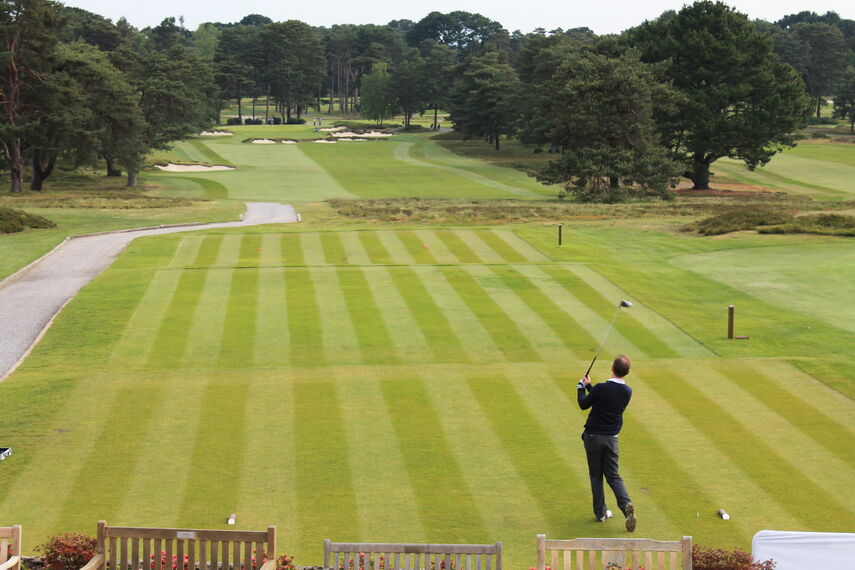 Here we are now, a few weeks on from our 22nd Festival of Golf and what a successful week it was. With a record number of participants, the festival saw 1030 players of all ages and genders pass through the old course and some tremendous golf was played throughout.

The festival got off to a flying start with the Men’s Open, 150 players participated in the opening event from courses around the country. Andrew Collier from Kendleshire Golf Club came out on top as our overall winner for the 2019 Men’s Open with 39 points. Andrew Radcliffe was Ferndown’s highest scorer winning himself some new Under Armour shoes in the process.

Following the Men’s Open it was time for the turn of the Senior’s and this was won by Robert Cornick from Waterlooville, in terms of members, Anthony Eden came away with the best score. There was an excellent turnout of 147 senior golfers for the event

Next up was the Ladies Open and 135 participants took part in the event which was different format to the first two competitions, all ladies were in teams of 3 and the winning trio came from Parkstone, Angela Calvert, Susan Knott and Liz Murley taking the prizes.

On Friday 24th May it was time for the highlight of the festival, the Pro-Am. This event was fully subscribed with 184 players taking part and teams included a professional who had been invited by the club to take part. All the professionals came from different clubs across the country and we were lucky enough to have Scott, James and Kevin Spurgeon to take part to fly the flag for Ferndown. The winning team came from Chippenham Golf Club with the professional Louis Barton teaming up with Ian Gay, Darrell Gay and Andrew Kelly to fire a 14 under par team score. It was a great event which was well run and thoroughly enjoyed by all who took part.

On the Saturday we had our 4BBB event which draws in a tremendous number of participants, and there was some terrific scoring, Richard White and William Crawford representing Ferndown coming in with a superb 47 points to win the event by a substantial margin. The event was probably gifted with the best weather of the week as the sun shone right through the day allowing for superb playing conditions.

The penultimate event was our mixed 4BBB and 164 players took part. Madeline Field and Neil Hazelhurst from Burhill and Henley respectively were the overall winners and Andrew Day and his guest from Parkstone Sue Mawhinney took the 1st place members prize.

It was down to the Junior’s to close out our 2019 festival and with 60 entrants it was fantastic day. The Junior Open had been having some poor luck over the past few years with poor weather but after a slow start the sun came out and it turned out to be a glorious day. There were some fantastic scores too in the two competitions. Tom Chalk from Hockley won the Paul Donnelly Trophy for the best scratch score. Toby Boyde (Parkstone) won best Nett for the boys and Ellen Mans (Sturminster Marshall) won the best Nett for the girls. In stableford competition for the handicaps 18 and above Dominic Harrington (Parkstone) took the boys prize and Ferndown’s very own Suzi Cribb took the girls stableford prize. The event capped off a wonderful 10 days in which the golf course held up superbly.

One last thankyou is required to everyone who helped make the event such a success, Ted Preston deserves a massive thankyou for his assistance in making sure everything ran smoothly and thanks go to the Green Staff, Catering and Bar Staff, all of the volunteers and office workers and James and his team in the pro shop. The event couldn’t have been a success without your help and hard work.

Plans are already in place for the 2020 Festival and we look forward to hosting what will again be a great event.